MASTER YOUR SKILLS AND UNLEASH YOUR INNER DARKNESS IN
NIOH 2 – THE COMPLETE EDITION, AVAILABLE TODAY

Formidable foes await. Do you have what it takes to survive their wrath? 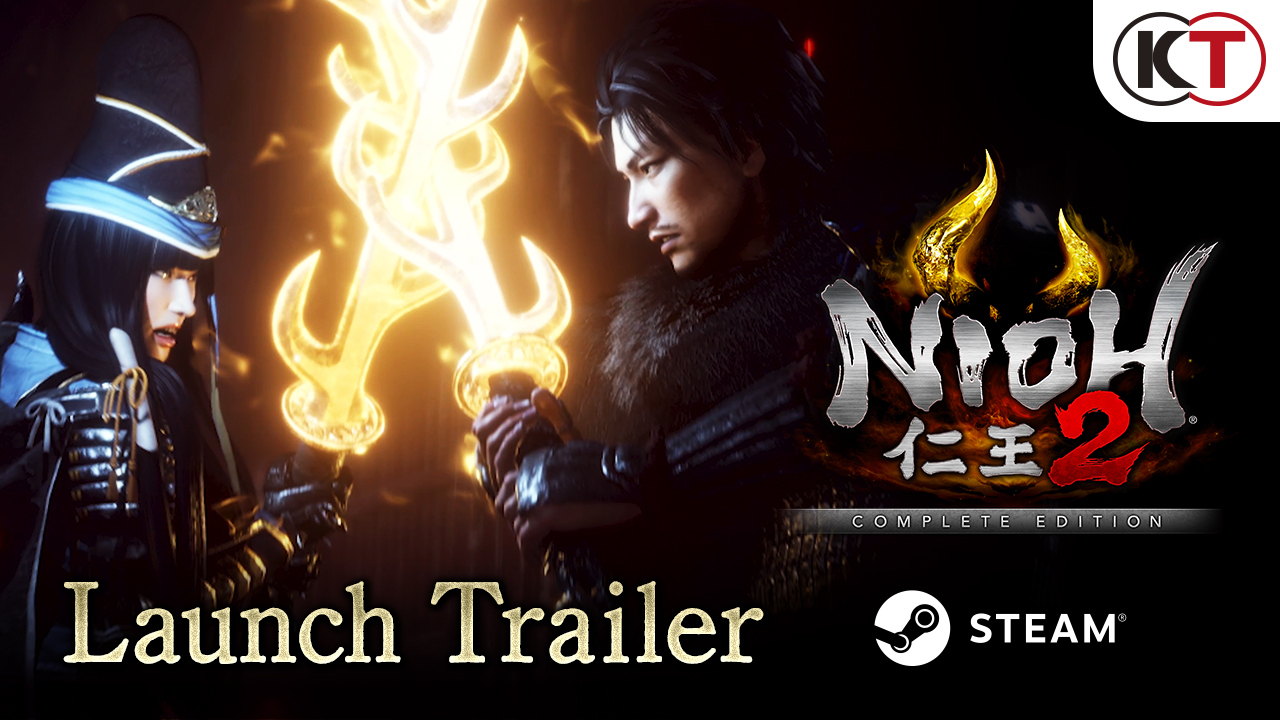 Check out the launch trailer here

Nioh 2 – The Complete Edition brings one of the most celebrated action games of this generation to PC, offering players the best way to experience violent Sengoku-era Japan and the deadly Dark Realm. Experience the gripping narrative of the base Nioh 2 game, as well as all of the content featured in the three DLC expansions; “The Tengu’s Disciple”, “Darkness in the Capital”, and “The First Samurai”, through the eyes of a half-human, half-supernatural yokai warrior. In addition, players will have access to all of the game’s weapon types from the beginning of their journey, including those featured in the DLC – the Splitstaff and the Fists – allowing them to master their favourite weapon type and unleash their darkness against intimidating yokai adversaries.

Not only does The Complete Edition feature a wealth of content for players to dive into, it also enables them to enjoy the title with crystal clear 4K Ultra-HD support, alongside ultra wide-screen compatibility, HDR monitor support, and 144Hz monitor support complete with silky-smooth gameplay at a consistent 60/120 FPS on compatible systems*. Also included is full mouse and keyboard customisation support, gamepad compatibility, and the exclusive Valve Helmet armour piece.

Those who purchase their copy of Nioh 2 – The Complete Edition before the 26th February 2021 will be able receive the bonus armour sets, “Sohaya Deserter Garb” and “Ornate Gold Armour” for use on their adventure. To access these limited time bonus items, simply visit the ‘Boons’ section of the in-game menu and the items will be downloaded.

* Features listed, such as 4K and 120 FPS, require a monitor and PC components that support these modes.

KOEI TECMO EUROPE LTD. is a publisher of interactive entertainment software for current generation consoles, handhelds and digital download content based in Letchworth, Hertfordshire, UK. The company is a wholly owned subsidiary of KOEI TECMO HOLDINGS CO., LTD., headquartered in Yokohama, Japan. KOEI TECMO’s best known for their signature ‘one versus thousands’ Warriors series, the fan-favourite Ninja Gaiden and fighting entertainment title Dead or Alive. Through collaboration with strong existing franchises, such as A.O.T. Wings of Freedom (Attack on Titan), KOEI TECMO has brought fan-favourite shows to life in video game form. The company’s desire for innovation and diversity has seen the creation of the critically acclaimed dark-samurai action title Nioh, which takes on new and unique gameplay styles. The company’s acquisition of GUST, developer of a variety of heart-warming titles, has seen their flagship Atelier series span generations of consoles and fans alike. More information about KOEI TECMO EUROPE LTD and its products can be found at www.koeitecmoeurope.com

Please log in to Games Press for the following accompaniments to this announcement:

Don't have a login? If you work within the games trade (press, influencer, developer, publisher or PR agency) you can register here.

This is taking longer than usual to load.
Close